You are here: Home / Public Notice / What is Freemasonry?

The Meaning of Freemasonry and its Expectations

There have been a great number of definitions of Freemasonry. Perhaps the best, and certainly the simplest, is Freemasonry is a system of morality, veiled in allegory and illustrated by symbols.

The idea of teaching by allegories and symbols is not new. All great teachers have, more or less, followed this method.

The system of morality, referred to as Freemasonry, is that which every Freemason is bound to 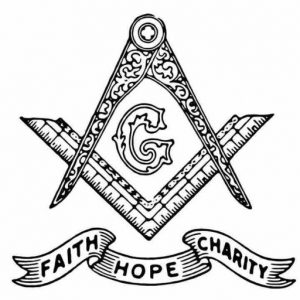 profess and practice. If it includes principles with which he was familiar before his entrance into Freemasonry, he will nevertheless find these presented in new ways and in forms different from those with which he was previously familiar. If he finds in Masonic teachings nothing startlingly new, he must remember that, in some respects at least, there is nothing new under the sun and that the essence of morality is to be found in the utter simplicity (though not the ease) of its requirements.

The elementary principles of Freemasonry are exemplified in the three degrees worked in every regular Masonic Lodge throughout the world.

Each Lodge has its own Officers, headed by a Master; its own Committees and, in many cases, its own

building and property. On the other hand, each Lodge is subject to the authority of the Grand Lodge under which it holds its Charter.

However, Freemasonry will never require anything which might conflict with
one’s duty to God, his Country, his neighbor or his family.

In the progress through Freemasonry, one is initiated as an Entered Apprentice; passed to a Fellow Craft and raised as a Master Mason. These are ritualistic ceremonies of a most serious character appropriate to each stage of advancement.

It may be noted that during the ceremonies, one will not be asked to promise anything which will conflict with ones religious, civil or other duties.

The first duty is to approach each ceremony calmly and solemnly, with mind and spirit attentive to the lessons which will be imparted.

What Freemasonry Is Not

Who May Become A Freemason

What Freemasonry Expects of You